“Nabhah sparsham diptam”. This is a shloka from the Bhagavad Gita. It is also the source of the motto of the IAF – “touch the sky with glory”. Our Indian Air Force pilots have been conquering the sky with their glory and gallantry for years. Here are a few of those amazing Indian Pilots who have steered their way through the sky and proven their mettle.

The Union Civil Aviation Minister, Hardeep Singh Puri, tweeted on this Women’s Day that India has the maximum number of women pilots globally. It is almost 12.4% that tops in the proportion of women pilots than any other nation.

Truly, female fighter pilots are flying the tricolor high in the sky with pride. One of these pilots is Minty Agarwal. She was among the flight controllers served during Pakistan’s retaliation to IAF’s Balakot airstrike. Her distinguished service during wartime is recognized and appreciated with the Yudh Seva medal in 2019. She is the first woman to receive the honor. The award is among the most distinguished wartime awards of India.

Another respected name among the commendable IAF women is Shaliza Dhami – the country’s first-ever women Flight Commander of a flying unit.  She is also the first woman officer to get a permanent commission of the flying branch. She has been serving in the IAF for the past 15 years. An expert at flying choppers, Dhami has been serving the IAF for over 15 years.

The 27-year-old from Rewa (Madhya Pradesh) is the first Indian woman IAF fighter pilot to fly solo. The Flight Lieutenant has another feather in her cap as she became the first woman pilot who completed a solo flight on a MiG-21 Bison fighter aircraft.

She is one of the three of the first batch of female pilots, the others being Bhawana Kanth and Mohana Singh.

His entry mode was JSW. However, he has been recognized for his bravery with several promotions during his tenure with the IAF:

Colonel Prithipal Singh Gill: The Only Officer Who Served The Indian Army, Navy, And Air Force

The 100-year old retired officer started his career as a young pilot in the Royal Indian Air Force before World War II.

Colonel Gill was an integral part of the Indian Navy and later a Gunner Officer with the Indian Army.

He also served in the India-Pakistan war in 1965. The veteran was a Sector Commander with the Assam Rifles (Manipur) before retirement.

The annals of the Indian Air Force have so many stories and records of the country’s pilots who have been exemplary in serving the nation. The more we know about them and their services, the more we feel like saluting them. If reading this article has made you feel patriotic, here are some movies to watch over the weekend to keep the mood going! 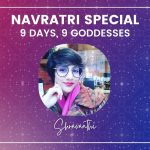 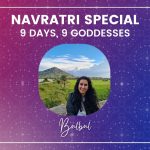