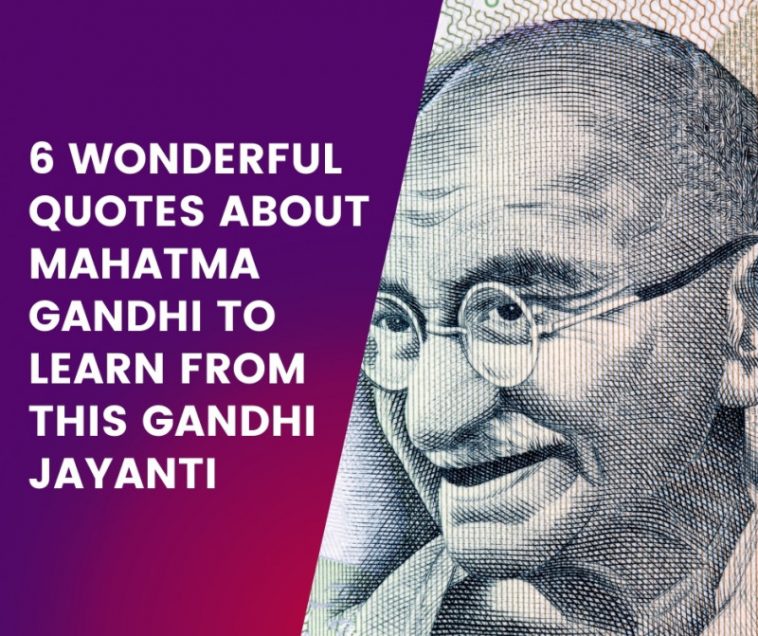 While the nation celebrates Gandhi Jayanti today, we thought we would shy away from the usual cliches of Mahatma Gandhi’s quotes and learnings. For a change, we will explore what other personalities have said about him! We want to show you what we can learn from these and apply this in our daily lives! Here are our top 6 wonderful quotes about Mahatma Gandhi.

“Not since Buddha has India so revered any man. Not since St. Francis of Assisi has any life known to history been so marked by gentleness, disinterestedness, the simplicity of soul and forgiveness of enemies. We have the astonishing phenomenon of a revolution led by a saint.”

When one of the most gifted prose stylists of the 20th century speaks so highly of someone, we’re all ears. Durant embraces the ideologies of Gandhi almost in reverence. He highlights the importance of simple things in life and how the most minor changes can make the most significant impacts.

“Friends and Comrades, the light has gone out of our lives and there is darkness everywhere”

Imagine being so influential in your lifetime that the Prime Minister of the country declares darkness in everyone’s life on your demise. That’s the impact the Mahatma had on millions of lives. And this was simply by leading the life he lived, with the ideologies he sowed, and the path he chose to take. We should take a page from his life and work towards making a memorable impact in at least one other person’s life, with great ideals!

“My dear Gandhiji, in the Punjab we have 55 thousand soldiers and large-scale rioting on our hands. In Bengal our forces consist of one man, and there is no rioting. As a serving offcer, as well as an administrator, may I be allowed to pay my tribute to the One-man Boundary Force.”

Lord Mountbatten bestowed upon him the ‘One-Man Boundary Force’ title in a letter addressed to Gandhiji. This was for successfully controlling the Bengal communal riots of 1947. He couldn’t help but fraternize with an enemy like Gandhiji, a man so true to his goal that his words alone could move people to non-violence. Our main takeaway would be his non-communal and fair nature, which in current tumultuous times, we could all use!

“I and others may be revolutionaries but we are disciples of Mahatma Gandhi, directly or indirectly, nothing more nothing less.”

Ho Chi Minh was the founding father of modern Vietnam. He led the communist revolution against French colonial rule. Due to Bapu’s ideals, Minh honoured him with respect as his master during his struggle against imperialism in Asia. One this realizes how important (or unimportant) our actions are and in what manner they affect another’s life, thereby making us accountable!

“Generations to come will scarce believe that such a one as this walked the earth in flesh and blood”.

Einstein spoke of The Mahatma as an immortal, a God. Gandhi’s ability, as a simple man, to almost single-handedly topple the greatest Empire the world had seen then is truly marvellous. Undeterred, he fought, and he won. This shows you can be victorious, even if you choose the path of non-violence. Even if your bully is not one, but many people, you can win as long as you’re persistent!

On Being a Role Model

As we all know, the non-violence movement initiated by Gandhiji was one of the most historical movements in India’s history. America drew inspiration for its own Civil Rights Movement, and rightfully so! Gandhi was a true role model to one and all, and just like how other world leaders looked up to him, there’d be no harm done if we tried to live like him.

Are you a practising Gandhian? Let us know which of his practices makes the most significant difference in your life. If you want to read about another famous freedom struggle that changed the world, learn about Juneteenth. 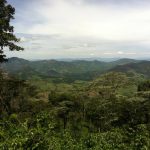 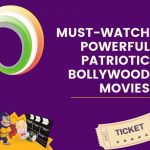