For as long as we can remember, gay people have had to fight for fundamental rights such as the right to live and love. Mainstream culture and society do not allow for the celebration of being queer. Instead, they promote vilification of all those who are different from the accepted norm.

On the one hand, cis-het* folk celebrate weddings, births of babies, valentines day, and generally, just celebrate living their life. On the other hand, societies chastise gay folk and have even gone so far as to beat, imprison, and even kill them.

The world celebrates June as the month of gay pride around the globe. It is to signify the start of the stonewall riots in 1969. These were protests by the queer community against police brutality on queer persons in a bar in New York. They marked the beginning of a visible queer movement. Protests across the world then followed this example.

The collective trauma that the queer community has faced is etched deep. Sometimes, it is the state which deems us illegal or the landlord that evicts us. Other times, it is the parent that disowns us for being queer. Overall, people of diverse genders and sexualities have had to fight through this pain and trauma within. They have also had to accept that it always be a fight for basic acceptance.

Pride, in this context, signifies that people who are not cis-gender* or heterosexual too are human. It is to change the fact that, by default, they are invisible. It is for queer people to come together and support one another.

The covid pandemic has been tough on the queer community. Those who are not out to families have been stuck inside. They struggle with finding a quiet corner where they can be themselves in the shadows of their families.

Many face abuse and the community has come together to give them respite this June. In India, many organizations and individuals came together to create online spaces. A series of sensitization workshops, online fundraisers, and even poetry and writing competitions were held.

Even smaller cities like Guwahati celebrated Pride on 21st June. Social media accounts put up awareness posts. Some collectives decided to reach out to those facing difficulties during this time by holding zoom sessions and fundraisers. Even Netflix released movies like Ajeeb Dastans and has an entire genre celebrating Pride Month.

The corporate and advertising world has recently caught onto the bandwagon. While this is an excellent way to gain visibility, the queer movement is for the visibility of marginalized people. Thus we must be careful to maintain it as an equitable movement open to all and not limited to a few wealthy or influential people or conglomerates.

Many allies wait for Pride month to wish their friends and then end up ignoring the topic entirely for the rest of the year. This pride month, instead of just wishing your queer friends “happy pride,” turn it into a more meaningful conversation. Ask them about their life, plans, and affirm their queerness positively. 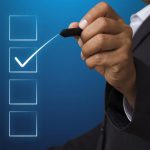